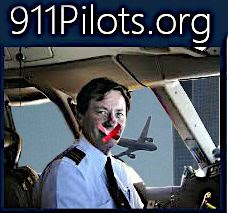 Captain Dan Hanley spent his entire working life flying airplanes, first as a civilian pilot, then as a US naval aviator, and finally as a United Airlines pilot. All totalled, over a 35 year career span, he flew 15 different aircraft accruing over 20,000 flight hours.

In December 2003, he was illegally terminated as a United Airlines B-777 captain by the FAA and airline management for speaking out about issues concerning 9/11.  He fought this wrongful termination for over five years. The government closed his case without interviewing a single witness nor reviewing any of his evidence.

He currently serves as director and international public spokesperson for a global grassroots effort called 9/11 Pilot Whistleblowers whose website is at 911pilots.org and YouTube channel at 911pilots. The purpose of the organization is to show that there were no Muslim hijackers at the controls of the 9/11 aircraft but that the aircraft were electronically hijacked through employment of a system called the uninterruptible autopilot that enables a remote source to take complete control of the aircraft autopilot and flight management computer and guide it to its target destination.

Captain Hanley moved to Islamabad, Pakistan in 2009 and currently resides there with his Pakistani wife, Huma.

George Nozawa
His World Radio Show
"Be The Change"

“Dreams do really come true, but you have to believe it before you can see it,” he said. He has made his own dreams come true by helping others pursue their life aspirations. In his free, 14-page book “Precipice of Potential,” which can be downloaded from his website at www.drrandallgeorge.com, Nozawa asks provocative questions to help readers examine their own lives more closely like “What do you do that fills you with joy and excitement?” “When is the last time that you gave, something, anything, freely without expecting anything in return?” “What did you do with your last 20 dollars?” Certainly food for thought.
Folks who want more information may e-mail the doctor at
Mirabelle.nozawa@gmail.com
GO HERE TO FIND OUT MORE ABOUT DR RANDALL GEORGE NOZAWA:
https://drrandallgeorge.com/?fbclid=IwAR12mPf03ux3ueTnO6lksrdBmsrTRpcHlhY5Nw6gcoGXzxl33P-cvEgVgD0
https://drrandallgeorge.com/?fbclid=IwAR12mPf03ux3ueTnO6lksrdBmsrTRpcHlhY5Nw6gcoGXzxl33P-cvEgVgD0