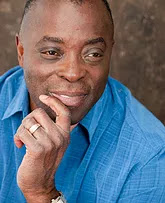 Sylvester Boyd Jr. is a native of Chicago, Illinois. At the age of fifteen, he and his family moved from Chicago’s south-side public housing projects to Allegan, Michigan where he later graduated in 1963 from Allegan High School. He has attended African American, mixed race and predominately white schools; typically living in diverse communities. After receiving an Associate in Arts Degree at Kennedy King College, he attended Chicago State University acquiring a Bachelor of Arts degree in geography, with a minor in history. 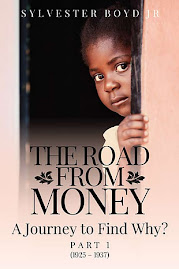 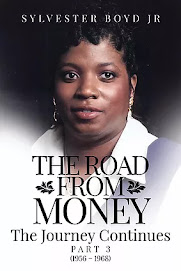 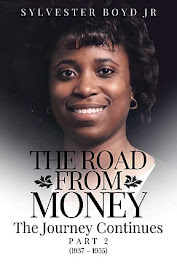 Mr. Boyd worked more than a decade for a major airline at Chicago’s O’Hare Field. In 1981, he founded one of the largest minority owned advertising specialty companies in southwest Michigan; selling products to many major corporations, businesses, colleges and universities. He has traveled extensively throughout the world.Being semi-retired, Mr. Boyd has enjoyed the opportunity to work as a movie extra, motivational speaker and substitute teacher for Chicago Public Schools. The Road from Money is his first novel; based on the true stories told to him by several family members over the years. He has woven both fact and fiction into a dynamic portrayal of historical events of the era; including music, inventions and the journey of a young Negro girl and her family living under the trying times of Jim Crow in the South.

And he was in TV/Movies

“Dreams do really come true, but you have to believe it before you can see it,” he said. He has made his own dreams come true by helping others pursue their life aspirations. In his free, 14-page book “Precipice of Potential,” which can be downloaded from his website at www.drrandallgeorge.com, Nozawa asks provocative questions to help readers examine their own lives more closely like “What do you do that fills you with joy and excitement?” “When is the last time that you gave, something, anything, freely without expecting anything in return?” “What did you do with your last 20 dollars?” Certainly food for thought.
Folks who want more information may e-mail the doctor at
Mirabelle.nozawa@gmail.com
GO HERE TO FIND OUT MORE ABOUT DR RANDALL GEORGE NOZAWA:
https://drrandallgeorge.com/?fbclid=IwAR12mPf03ux3ueTnO6lksrdBmsrTRpcHlhY5Nw6gcoGXzxl33P-cvEgVgD0
Posted by Bob Charles at 8:45 AM