To Call into Speak to Dr. Randall Nozawa use these numbers

TELL EVERYONE THE SHOW IS ON LIVE NOW !!


LISTEN FOR FREE ON THE LINKS BELOW 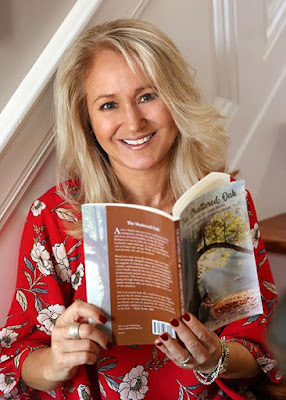 The author Sherry Genga was the owner and founder of Spring-eze women shoe inserts. Entrepreneurship evolved from her current 25 year career in the High Roller lounge at Foxwoods Resort and Casino.  She has spoken in classrooms to young entrepreneurs at local colleges. Inspiring them with the skills and resources on how to invent and develop a new product. This philosophy led her to the Connecticut Manufacturing Resource Center program, which helps small and midsize businesses in areas such as supplier development and securing a manufacturer for their product. Sherry is married to Jason Genga and has two children, Justin and Nicole. She resides in her small town in Connecticut where she grew up. Sherry Genga experienced Barbara’s trauma first hand by growing up in a house full of domestic violence. Her parents divorced when she was 7. Sherry is a firm believer of everything happens for a reason. Barbara’s story has a profound stance on the world. If she knew she could not fail, she would spread the word on paper and post it on every oak tree, every bulletin board and every ear willing to listen. The more she shares the story, the more she can see a strong perspective of healing the delicate minds that are so unbalanced. She has learned so much while writing The Shattered Oak and feeling Barbara’s emotional pain, that she has mapped out her own path for a more positive life. 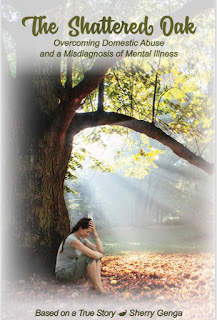 She wrote The Shattered Oak with the intention of empowering hope and strength to those who need help with domestic abuse, depression, suicide or mental illness. Reassuring them all that they are not alone in this situation and that there are resources available. Barbara needs her oak tree to stay strong through the story. Just like her, Sherry finds her peace and serenity in nature. The calmness in the air helps her understand how she can respect herself by discovering her clever spirit along the way and unearthing her inner peace.
My website is www.theshatteredoak.com sold @ amazon, Barnes and Noble and Safegoods publishing

“Dreams do really come true, but you have to believe it before you can see it,” he said. He has made his own dreams come true by helping others pursue their life aspirations. In his free, 14-page book “Precipice of Potential,” which can be downloaded from his website at www.drrandallgeorge.com, Nozawa asks provocative questions to help readers examine their own lives more closely like “What do you do that fills you with joy and excitement?” “When is the last time that you gave, something, anything, freely without expecting anything in return?” “What did you do with your last 20 dollars?” Certainly food for thought.
Folks who want more information may e-mail the doctor at
Mirabelle.nozawa@gmail.com
GO HERE TO FIND OUT MORE ABOUT DR RANDALL GEORGE NOZAWA:
https://drrandallgeorge.com/?fbclid=IwAR12mPf03ux3ueTnO6lksrdBmsrTRpcHlhY5Nw6gcoGXzxl33P-cvEgVgD0
Posted by Bob Charles at 1:01 AM