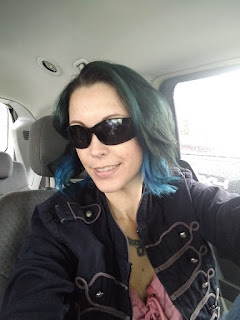 About Sara
Bio. Sara Boyd has a large  cadre
of soldiers severely debilitated by being forced to get injected by the
Anthrax Vaccine  and many Vaccines which were purposely not   documented.
She says she will inform  her  large contingent  to tune in or  call into
the show. I am hoping to reach as many injured soldiers as possible for as
early as Viet Nam, and Agent Orange, the Military made promises to soldiers
that they would not keep. This Anthrax Vaccine issue debilitated as much as
30% of the active Military yet they will not take ownership of the Vaccine
poisoning and will not accept Vaccine injured soldiers on VA benefits. The
hidden unexpected trauma for these Vaccine injured soldiers is that their
families don't quite know what is wrong with them, they unable to think  or
walk around for any prolonged time,  cannot think well or obtain any
employment, and the VA denying them treatment and  denying that Vaccines had
anything to do  with their sudden and unexpected disabling  conditions.
CONTACT:
Sara Boyd. Email:
gwioperationtruth@gmail.com

“Dreams do really come true, but you have to believe it before you can see it,” he said. He has made his own dreams come true by helping others pursue their life aspirations. In his free, 14-page book “Precipice of Potential,” which can be downloaded from his website at www.drrandallgeorge.com, Nozawa asks provocative questions to help readers examine their own lives more closely like “What do you do that fills you with joy and excitement?” “When is the last time that you gave, something, anything, freely without expecting anything in return?” “What did you do with your last 20 dollars?” Certainly food for thought.
Folks who want more information may e-mail the doctor at
Mirabelle.nozawa@gmail.com
GO HERE TO FIND OUT MORE ABOUT DR RANDALL GEORGE NOZAWA:
https://drrandallgeorge.com/?fbclid=IwAR12mPf03ux3ueTnO6lksrdBmsrTRpcHlhY5Nw6gcoGXzxl33P-cvEgVgD0
Posted by Bob Charles at 12:03 PM