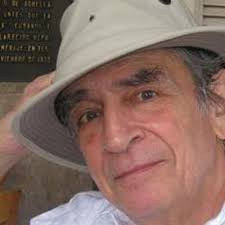 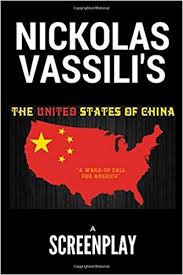 Nickolas Vassili’s professional career spans a period of 48 years, during which time he has conducted more than 15,000 individual and group sessions, trained untold numbers of therapists, and helped create the foundation for many of the group dynamics now used throughout America.
Drawing from a wide array of treatment modalities and concepts such as reality/encounter/confrontational  therapy, hypnosis, mind reprogramming (now called NLP), psychodrama, psycho-motor, sensitivity training, resistance stretching, Transcendental meditation (TM), Eastern philosophies, and many levels of conventional psychotherapy, NV exemplifies the 1970s-era philosophy of different strokes for different folks!
In 1965 he was named Executive Director of Encounter, Inc., in New York City, which was America’s first community-based drug prevention and treatment facility, and regarded more like a main branch of the National Institute of Mental Health (NIMH).
In 1969 NV founded his own therapeutic center in New York called Journey-Alert, Inc., a non-profit educational corporation that treated all manner of human problems, and all forms of addictions.
Over the years, he also worked with war veterans, inmates in state prisons, people in mental institutions and institutes for the criminally insane, and a number of schools of higher learning including Hofstra University, where he established a training program for students, faculty, and administrators.

NV has lectured and spoken before hundreds of audiences, made numerous guest appearances on radio and television, been interviewed by many talk-show hosts, participated in seminars, debates, and city, state, and national training programs, and was directly involved in the re-birth of “The Humanist Movement” in America in the 1970s
In 2007, he wrote his autobiography, So Much Pleasure, So Little Pain, and authored Monument To Failure, a 30 year comprehensive study of the American healthcare system . In 2009, he published  Depression – It Doesn’t Exist, a Guide to Understanding, Preventing, and Curing Depression.
Unlike most therapists, doctors, psychologists, and psychiatrists who specialize in only one form of treatment (along with drugs, of course), in his private practice, NV utilizes everything he has learned, and trained others to use, which allows him much greater scope and latitude in dealing with all human problems.
GO TO NICKOLAS VASSILI's YOU TUBE CHANNEL FOR MORE:
https://www.youtube.com/channel/UCREX8gq4Ksp5DmgnnC9GvbQ

“Dreams do really come true, but you have to believe it before you can see it,” he said. He has made his own dreams come true by helping others pursue their life aspirations. In his free, 14-page book “Precipice of Potential,” which can be downloaded from his website at www.drrandallgeorge.com, Nozawa asks provocative questions to help readers examine their own lives more closely like “What do you do that fills you with joy and excitement?” “When is the last time that you gave, something, anything, freely without expecting anything in return?” “What did you do with your last 20 dollars?” Certainly food for thought.
Folks who want more information may e-mail the doctor at
Mirabelle.nozawa@gmail.com
GO HERE TO FIND OUT MORE ABOUT DR RANDALL GEORGE NOZAWA:
https://drrandallgeorge.com/?fbclid=IwAR12mPf03ux3ueTnO6lksrdBmsrTRpcHlhY5Nw6gcoGXzxl33P-cvEgVgD0
Posted by Bob Charles at 2:46 AM