Meryl Nass, MD, is an internal medicine physician and activist with expertise in anthrax and bioterrorism; her interest is in prevention, investigation, amelioration, and safe and effective medical response. Her expertise and experience includes treating patients with Gulf War syndrome and adverse effects from the anthrax vaccine. She has raised cogent critiques about the deficient response to the recent Ebola outbreak; unfounded panic about a so-called measles epidemic; global vaccine safety issues; medical ethics; and corruption in the medical industrial military complex.
Dr. Nass tries to provide a balanced medical approach to such issues; she analyzes medical crises by digging into the hidden underlying facts and details, often finding the media reportage to be skewed, by following biased corporate and government agency lenses whose perspective serves a financial and / or political agenda. Dr. Nass fills in the crucial undisclosed details and provides a deeper, nuanced analysis. She has provided testimony to seven Congressional committees and her work has been mentioned in 25 books.
See Dr. Nass’ video interviews with Dr. Joseph Mercola about anthrax and anthrax vaccine on You Tube;
Her You Tube interview with Gary Null, PhD on vaccine safety and corruption;
An interview with James Corbett on the anthrax letters
What about Vaccines ???
https://ahrp.org/about/ 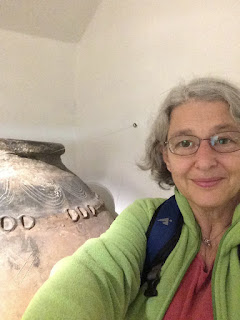 Meryl Nass, MD, has made a shocking discovery when she examined the product label of the DTaP vaccine (the combined multi-virus diphtheria/tetanus/ pertussis vaccine)  that the CDC recommends for infants, babies, and young children.
When she compared the TdaP vaccine label, against the same infectious illnesses, that the CDC recommends for adults, she discovered that infants are exposed to far higher doses of  Diphtheria, Tetanus and Pertussis toxins than are adults!
Dr. Nass asks: What is the  justification for injecting babies and young children with extremely high toxin levels which expose them to increased risk of harm?
Who are the anti-vaxxers, really?

If I asked you whether you were for or against pharmaceutical drugs, you would think my question absurd.  Obviously, each drug is different and should be judged on its own merits; furthermore, the usefulness of a drug depends on the specific needs of the person to whom it is given.  Yet we have become accustomed to thinking about the vaccine issue in terms of being pro or con the entire class of vaccines.
Most parents who do not fully vaccinate their children are not “against” vaccination. The media have incorrectly framed the debate this way, for a reason.  The for–or–against meme is very powerful propaganda, designed to suggest that this issue is black and white, which it most assuredly is not.  It is further designed to create a picture in people’s minds that those “against” vaccine mandates are anti-science, uneducated ‘deplorables’ (and who wants to be in that camp?) while those “for” vaccinations and mandates are the educated, pro-science, savvy people.
GO HERE TO LEARN MUCH MORE:
https://ahrp.org/meryl-nass-m-d/
Contact Dr. Nass at merylnass@gmail.com or 207 412-0004

“Dreams do really come true, but you have to believe it before you can see it,” he said. He has made his own dreams come true by helping others pursue their life aspirations. In his free, 14-page book “Precipice of Potential,” which can be downloaded from his website at www.drrandallgeorge.com, Nozawa asks provocative questions to help readers examine their own lives more closely like “What do you do that fills you with joy and excitement?” “When is the last time that you gave, something, anything, freely without expecting anything in return?” “What did you do with your last 20 dollars?” Certainly food for thought.
Folks who want more information may e-mail the doctor at
Mirabelle.nozawa@gmail.com
GO HERE TO FIND OUT MORE ABOUT DR RANDALL GEORGE NOZAWA:
https://drrandallgeorge.com/?fbclid=IwAR12mPf03ux3ueTnO6lksrdBmsrTRpcHlhY5Nw6gcoGXzxl33P-cvEgVgD0
Posted by Bob Charles at 4:05 AM