August  20th Thursday 7-8 pm EDT –Robert Sullivan:  A philosopher, historian, antiquarian, jurist, theologian, lawyer, and author. Robert is a Freemason, he became a Master of the Royal Secret Scottish Rite Mason in 1999. His book "The Royal Arch of Enoch: The Impact of Masonic Ritual, Philosophy, and Symbolism" was his first published work and a result of  20 years of research. It is about undiscovered historical documents, how a high degree Masonic Ritual developed in mid 1700’s France. The Book of Enoch was considered lost until Freemason traveler James Bruce returned to Europe with copies from Ethiopia in 1773.  It also documents the symbolic restoration of the sun as the premier icon in all of Freemasonry. The second book "Cinema Symbolism: A Guide to Esoteric Imagery in Popular Movies. Cinema Symbolism is about occult, numerological, astrological, mythological, alchemical, Tarot, and symbolism contained within popular movies. Robert is currently writing several books, a sequel titled “Cinema Symbolism II.  His first work of fiction titled “A Pact with the Devil: The Story of Elizabeth Burnblack and her Involvement with the Occult, Black Magic, and the Dark Arts. And a book on Masonry titled “Freemasonry and the Path to Babylon”. 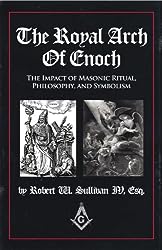 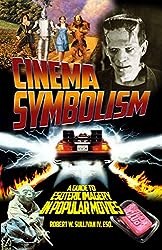